The Sunday after Easter, I worked on Lola’s streetside rear quarter.  It took a couple of hours to disassemble the J-rail, siding screws, windows, etc. in preparation for removing the left rear siding.  Once again, I was pleasantly surprised at how well preserved the structure under the skin remained.  Inside the trailer, a previous owner painted the paneling purple in order to cover up the extensively water damaged birch paneling so I was expecting to see massive water damage in the framing.  However, for the most part the framing was in good shape.  The bottom 1x’s had some water damage, but not extensive.  The real problem is in the middle of the wall behind the kitchen.  A previous owner installed a propane fridge and butchered both the wall and kitchen cabinetry.  The wall behind the kitchen bulges out 2 to 3 inches.  The vertical framing behind the window was “repaired” at some point with plywood, which has delaminated.

In any case, over the afternoon, I replaced the 2x rear frame board, the lower skirt boards, and all the vertical and horizontal supports.  The last picture below shows the framing at the end of the day.  Still have to put a couple of uprights where the cargo door would be installed (not installed on my 53).  Next weekend, provided it doesn’t rain, I’ll pull out the kitchen and repair the rest of the wall supports. 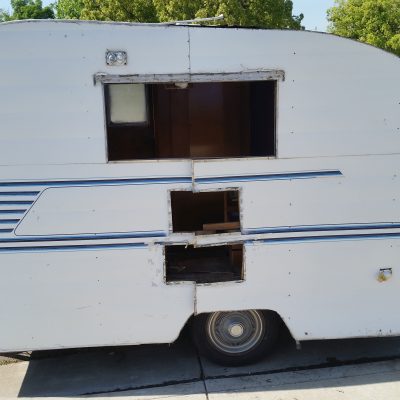 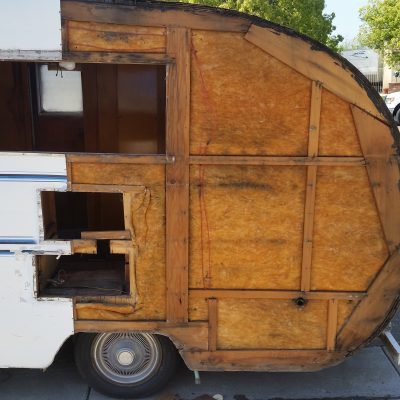